The best way to predict the future is to invent it.
-Alan Kay in a 1971 meeting in PARC. Src

Scientists, Engineers and Artists create wealth, everyone else just moves it around!
-Unknown. Src seems to be incorrect

No, I have not changed. What has changed is your perception of me.
-Dr Chee Soon Juan in 2012 “I have never stopped believing video*

The government gives you a chicken wing today, tomorrow it will take the whole chicken back! (My translation of his Hokkien words)
-Low Thia Kiang in a rally during Singapore’s General Election 2011

I die die also will not vote PAP. Even if the opposition party sends a monkey as its candidate, I will still also vote for the monkey.
-Unknown obviously pro-opposition supporter

Pay and Pay, Why Pay, So Don’t Pay
-Unknown. If you don’t understand what this means, try to guess what the acronyms could be.

Repression, Sir is a habit that grows. I am told it is like making love-it is always easier the second time! The first time there may be pangs of conscience, a sense of guilt. But once embarked on this course with constant repetition you get more and more brazen in the attack. All you have to do is to dissolve organizations and societies and banish and detain the key political workers in these societies. Then miraculously everything is tranquil on the surface. Then an intimidated press and the government-controlled radio together can regularly sing your praises, and slowly and steadily the people are made to forget the evil things that have already been done, or if these things are referred to again they’re conveniently distorted and distorted with impunity, because there will be no opposition to contradict. -Lee Kuan Yew speaking to David Marshall, Singapore Legislative Assembly, Debates, 4 October, 1956 Src   (Amazing how this played out since 1956)

To rely on technology when you think its going to provide an advantage when it doesn’t, is actually a disadvantage.
Captain Nate Self formerly in US Army about the Battle of Takur Ghar. Brief: US troops relied too much on technology that they were complacent. Src: National Geographic Situation Critical Documentary Episode 11 Al Qaeda Ambush (last few minutes).  Watch Part 1 of 5 here.

Computers aren’t the thing. They’re the thing that gets us to the thing.
-Joe MacMillan in Halt and Catch Fire

So this is how liberty dies. With thunderous applause
-Senator Amidala in Star Wars: Episode III: Revenge of the Sith. Src

I’ve come before you to resolve this attack on our sovereignty now! I was not elected to watch my people suffer and die while you discuss this invasion in a committee!
-Queen Amidala in Star Wars: Episode I: The Phantom Menace. Src

I reject your reality, and substitute my own!
-Adam Savage refusing to acknowledge his flawed prediction in Mythbusters 2004 Season, Ep1, Rear Axle Myth. Src

I work in Fringe Division. Weird is a matter of degrees.
-Olivia Dunham to an FBI psychiatrist in Fringe Season 4, Ep16. Src

Its your typical. Boy meets girl, boy crosses universe, girl goes to other universe, boy sleeps with her Doppelgänger story. …. Boring. ….Doppelgänger gets pregnant and has baby too fast, baby gets exed out by interdimensional war, new baby is born and lost to future, finds dad searching for mom story. The usual. (to cheers from the audience)
-Joshua Jackson (Actor for Peter Bishop in Fringe) summarising Fringe Seasons 1-4 in San Diego Comic-Con Panel 2012. Src (18:19)

What is the point of all of this? To destroy a man who seeks the truth or to destroy the truth so no man can seek it?
-Monica Reyes defending Fox Mulder on a murder charge in X-Files Season 9, Ep 20. (Series Finale) Src

There are some citizens of the Republic, like myself, who believe the Jedi Order is not what is used to be. The Jedi have become war-mongers. They’ve become military weapons. And they’re killing when they should be keeping the peace.
-Letta Turmond, to Ahsoka Tano, Star Wars: Clone Wars Season 5, Ep18. Src

Well, like alternate timeline, parallel universe, cloning..  (Replicators were mentioned earlier)
-Dr Rodney Mckay in response to how many ways to get a copy of a person. In Stargate Atlantis Season 4 Ep 19. Src

I’m a jinx, plain and simple. Bad stuff always happen to the people I’m in love with. Do you want a list? Let’s start off with my family, gone. Thought I had feelings for Carl? Whoops, his brain got fried! Zander? Turned into a bug!
-Pvt. Isabelle ‘Dizzy' Flores in Roughnecks: Starship Troopers Chronicles. Src

If we all reacted the same way, we’d be predictable, and there’s always more than one way to view a situation. What’s true for the group is also true for the individual. It’s simple: overspecialize, and you breed in weakness. It’s slow death.
-Major Motoko Kusanagi telling Togusa (a normal human) why was he selected to be in a military unit full of cyborgs. Read: Diversity. Ghost In the Shell 1995 film Src

We are the most powerful military force in the history of man. Every fight is our fight, because what happens over here matters over there. We don’t get to sit one out. Learning to use the tools of modern warfare is the difference between the prospering of your people, and utter destruction. We can’t give you freedom. But we can give you the know-how to acquire it. And that, my friends, is worth more than a whole army base of steel. Sure it matters who’s got the biggest stick, but it matters a helluva lot more who’s swinging it. This is a time for heroes. A time for legends. History is written by the victors. Let’s get to work.
-Lieutenant General Shepherd in Call Of Duty: Modern Warfare 2 Second Mission briefing.  Watch this video to feel the atmosphere of this words.  Src

Democracy? Democracy. Democracy is not what these people need, hell, it’s not even what they want. America has been trying to install democracies in nations for a century and it hasn’t worked one time. These countries don’t have the most basic building blocks to support a democracy. Little things like, we ought to be tolerant of those that disagree with us. We ought to be tolerant of those who worship a different god than us! That, a journalist ought to be able to disagree with the president! And you think you can just march into these countries based on some fundamentalist, religious principles, drop a few bombs, topple a dictator and start a democracy? Huh. Give me a break. People don’t want freedom. They want boundaries and rules… Protection… From invaders, and from themselves. People need a leader who can give them both the support and constraints to keep chaos at bay. You give them that, and they’ll follow. And that’s where I come in. Unlike the government we don’t keep secrets of our capabilities. We don’t sell policy, we sell power. We are a super power for hire!
-Jonathan Irons from Call of Duty: Advanced Warfare. First quote from official trailer (Highly recommended).

For a combat soldier, the difference between success and failure is your ability to adapt to your enemy. The people that I deal with, they don’t care about your rules. All they care about is results. My job is to stop them from accomplishing their objectives. I simply adapted. In answer to your question, am I above the law? No, sir. I am more than willing to be judged by the people you claim to represent. I will let them decide what price I should pay. But please, do not sit there with that smug look on your face and expect me to regret the decisions I have made. Because sir, the truth is … I don’t
-Jack Bauer defending himself in a Senate hearing against torture in 24 Season 7, Ep 1. Src

Perfection is like an asymptote, you can get closer and closer but never reach it.

Scientists and engineers generally have weaker communication skills. I don’t deny it. I say it’s because we focus alot on getting our job done and move on rather than crapping through our words and presentations.

The shorter the question, the harder it is.

You have not truly read a book till you write a review on it. 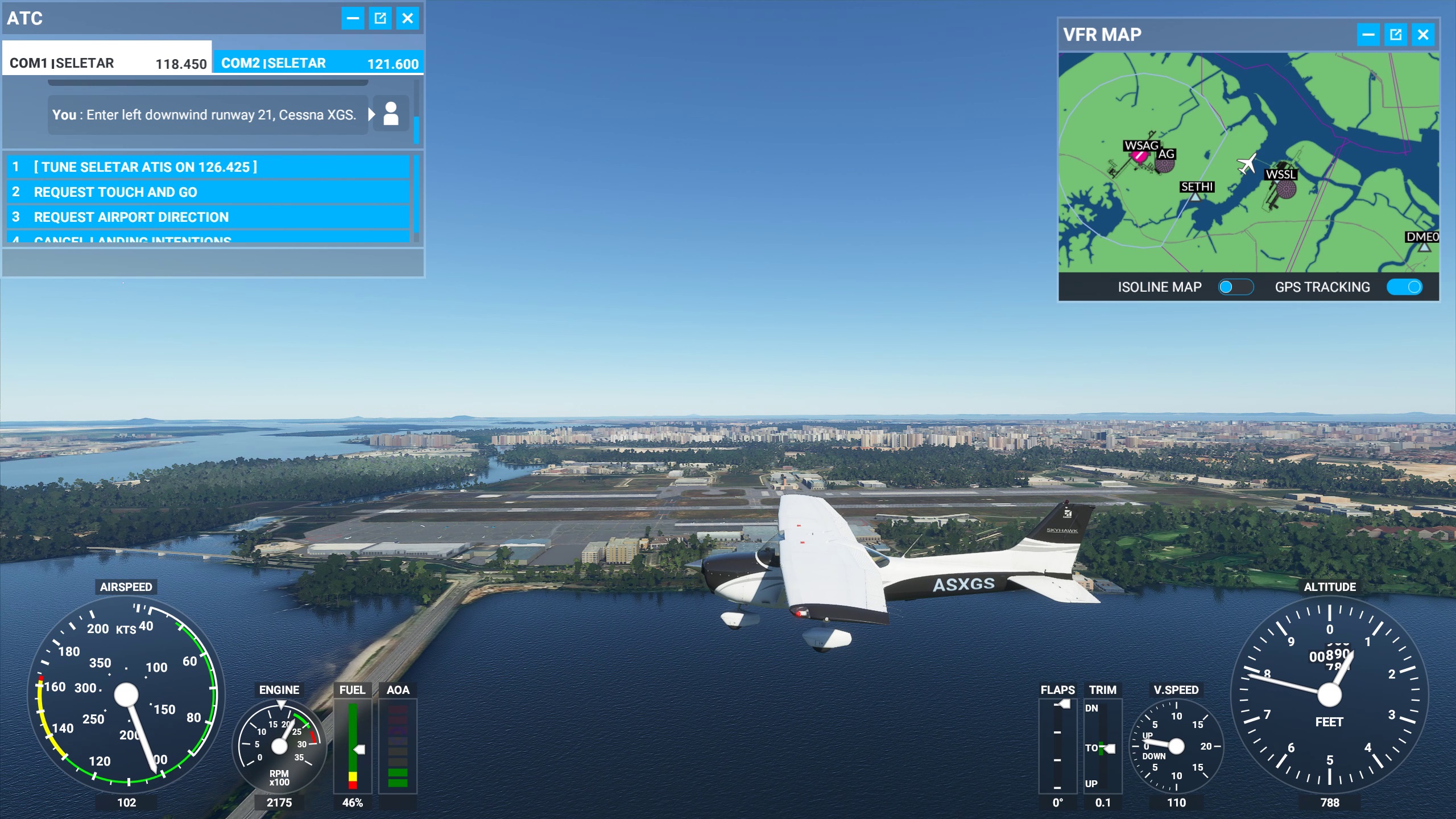